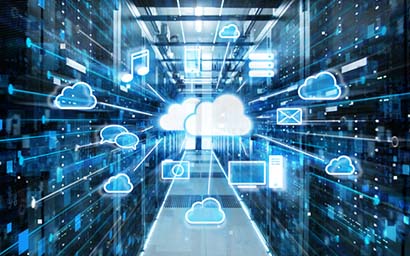 The move is in line with growing concern from both the Bank of England and the Financial Conduct Authority (FCA) over the dominance of a handful of large cloud providers (Amazon, Google, Microsoft and IBM).

This has raised fears of cloud concentration risk, as voiced by the Bank of England’s financial policy committee in July 2021, which stated: “The increasing reliance on a small number of cloud service providers and other critical third parties could increase financial stability risks without greater direct regulatory oversight of the resilience of the services they provide".

According to HM Treasury, in 2020 as many as 65% of UK firms relied on the same four cloud providers.

The plan to regulate these cloud providers is outlined in a policy paper published by HM Treasury looking at critical third parties in the finance sector. Regulatorsd will be given extended powers, enabling them to oversee individual firm’s arrangements with cloud providers in order to “manage potential systemic risks stemming from concentration in the simultaneous provision of material services to multiple firms".

Other proposed powers will include the ability to request information directly from critical third parties as relates to their operational resilience, appoint an investigator to look into potential breaches, interview representatives from cloud providers and also conduct on-site inspections.

Should the proposals be prioritised in the current parliament, they could come into effect within the next two years.

Cloud computing to play key role in firms’ IT plans
The Cloud: Cloudy with a chance of risk