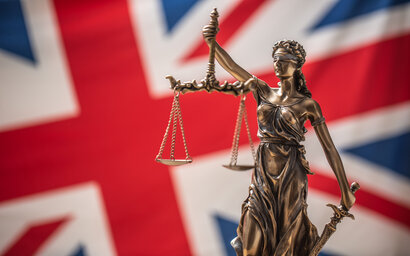 In April of this year, FundsTech magazine reported that the Bank of England (BoE) had called for a new industry leadership group to improve innovation and efficiency in the UK’s post-trade processes. This new leadership group was the main recommendation to stem from the newly published report, ‘Charting the future of Post-Trade’, which details the findings of the industry-led Post-Trade Task Force (PTTF).

The Bank of England acknowledged that the post-trade sector needed to be more innovative and resilient. The ‘Charting the future of Post-Trade’ report found that in many cases, solutions already existed, but a lack of standardisation and agreed best practices meant that the solutions were not widely adopted. The PTFF highlighted the example of legal entity identifiers (LEIs) which it said are used too little and too late.

This raises the question: Is there a problem with using LEIs and SSIs (Standing Settlement Instructions), and are they being badly used?

The LEI perspective
An LEI number is a 20-character code based on the ISO 17442 standard developed by the International Organisation for Standardisation (ISO). They are used as a reference to important information that offers transparency when taking part in financial transactions such as trading with stocks, bonds or forex. The Legal Entity Identifier (LEI) code was conceived as a key measure to improve the quality and accuracy of financial data systems for better operational risk management post the Global Financial Crisis of 2008.

A key factor associated with LEIs is that they are publicly available within open registers, which helps to clearly identify legal entities and provides more data elements: the legal name of an entity, registration number, legal jurisdiction and form, as well as contact details such as the legal address and headquarters of the entity. LEIs are now the common standard for legal entity clarification within capital markets and are used as a key requirement in regulatory reporting in identifying an entity or subsidiary. Each asset owner, fund or sub-fund can have a legal entity with a unique LEI. One perceived challenge associated with LEIs is that they need to be renewed every year, which introduces major administration overheads.

"LEIs are now the common standard for legal entity clarification within capital markets..."

In the future, we can see them being used effectively within trade processing Standing Settlement Instructions (SSIs) to enhance the level of detail recorded against the trading parties. Overall, this is not currently the case, but as we get closer to a T+1 trade lifecycle, the accuracy of settlement instructions will become a high priority and area of focus.

It is surprising that this is not already an area of industry focus, but this may well be associated with outdated databases and tables that have restricted data fields with which to store the extended character range – not something easily addressed. Furthermore, introducing such changes across the industry in a timely manner that does not impair settlement processes or indeed create greater settlement failures is a concern. 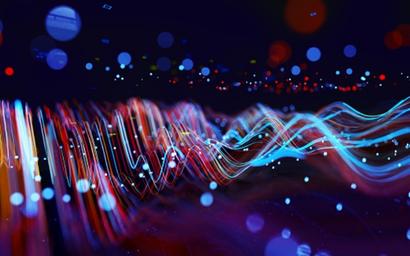 Tighter controls associated with LEI usage could be leveraged as a more efficient, market-standard approach to checking trade allocations across all markets. The Financial Stability Board (FSB) say that global LEI adoption underpins ‘multiple financial stability objectives’ such as improved operational risk management in firms. As a result, it promotes market integrity while containing market abuse and financial fraud. Last but not least, the FSB suggests that an LEI rollout ‘supports higher quality and accuracy of financial data overall’.

Ultimately, LEIs are an essential step forward to support the complex processes associated with KYC (Know Your Customer) validation. That said, many new fintech cloud-based solutions have encompassed LEIs as their key entity identifier, particularly when supporting regulatory reporting regimes such as MiFID, Dodd-Frank, and EMIR.

The SSI perspective
For many years, buy- and sell-side firms have used BICs: a Bank Identification Code or Bank Identifier Code. It is an 8 to 11-character number that is used to identify a specific bank when making an international transaction. Added to this are details for agents and underlying accounts, but for real underlying ownership, clarity holdings are often pooled and not directly assigned to a legal entity, making the use of LEIs difficult.

There are multiple databases used within settlement infrastructures to store data following this BIC format. If we look at the generation and delivery of SSIs, some post-trade systems, such as our Salerio system, bring automation and controls to this SSI processing. Still, not all post-trade systems encompass comprehensive data checks to avoid CSDR daily penalties associated with failed trades. On a trade-by-trade basis, Salerio validates broker SSIs to make sure they are accurate, which creates high percentage settlement rates.

"If we look at the generation and delivery of SSIs, some post-trade systems, such as our Salerio system, bring automation and controls to this SSI processing"

The complexity of the processes involves a level of detail that some middle office personnel may struggle to grasp before they see it work in practice - it is then that the value of this well-established solution becomes clear. Assessing the data presented by brokers in trade confirmation to identify potential changes that have not been registered or updated ensures trade failure is avoided at the point of confirmation rather than an issue to be resolved once discovered as an unmatched position. In a T+1 lifecycle, the accuracy of data will be critical in order to avoid cash penalties, as well as prepare for the potential future introduction of mandatory buy-ins.

Getting SSIs right
Centralised databases of SSI data have existed for many years, but there still seem to be challenges associated with responsibility, interpretation, and ownership. Ultimately, the asset manager usually has responsibility for the checks and balances within their post-trade process, and they have the power to govern processes that influence their settlement rates and failed trade management.

Best practice is certainly a worthy goal, but many challenges persist. For example, in Europe, there are still issues with conforming to CSDR Settlement Discipline Regime (SDR) regulations because custodians and CSDs are not yet fully structured to adhere to accurate data provisioning. Such initiatives are excellent in theory to avoid daily penalties, but they are only as good as the levels of compliance.

Getting SSIs right as part of a consistent and controlled system, along with working towards the greater use of LEIs in the post-trade process, is essential to meet greater STP rates and avoid missed deadlines for settlement – all of which are essential in a T+1 world.