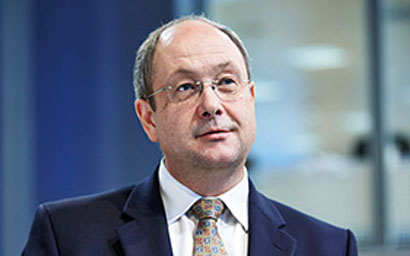 The funds industry veteran who spent 12 years as group chief operating officer at Schroders between 2004 and 2016, will be based in London and report to Ulrich Koerner, a former UBS executive who was installed as Credit Suisse Asset Management (CSAM) chief executive in March.

“In his role as global COO of CSAM, [Ruetimann] will have global oversight over technology and digital solutions, change and project management, operations as well as data and business services. He will also lead the regional COO teams across Emea/Switzerland, the Americas and Apac,” stated Koerner in a memo to staff.

Inside view: Now is not the time to stand still

Prior to his time at Schroders, Ruetimann he was global head of technology and portfolio services at Swiss bank UBS. In 2017 he co-founded fintech firm Aprexo with which he will continue to work. Ruetimann will also remain vice-chair of the charity Action for Children.

Ruetimann’s appointment comes at an important time for CSAM. In March it was announced that it would be separated from the main CS group and that Koerner would be appointed as chief executive. The move came in the wake of Credit Suisse’s $10 billion exposure to collapsed supply chain financing company Greensill Capital as well as the multi-billion dollar losses related to family office business Archegos.

Ruetimann takes over from Mike D’Angelo who will support the development of a new operating model.