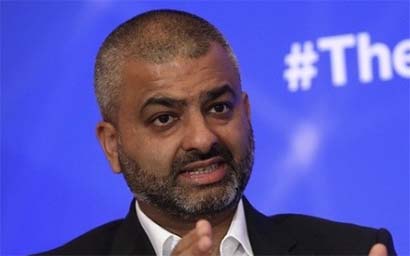 Manooj Mistry, the former head of Xtrackers ETFs and the man credited with launching the first Ucits ETFs in Europe, has been appointed as chief operating officer for HANetf.

Reporting to co-CEO, Nik Bienkowski, Mistry will be responsible for leading the firm’s product development as well as its regulatory and operational strategy.

The recruitment of one of the most senior figures in Europe’s ETF market coincides with HANetf surpassing $2 billion (€1.64 billion) in assets under management (AuM)

The ETF platform, which describes itself as a ‘white label’ ETF issuer, has also seen its AuM surge by 85% since the start of the year, helped by the interest in its bitcoin tracker.

Mistry was most recently chief executive of DWS and head of index investing at DWS, a position he left in July.

During his 14 years with the German asset manager he launched its Xtrackers business, making it the second largest ETF platform in Europe.

Prior to his time at DWS, Mistry also worked with Merrill Lynch where he launched the first Ucits ETF in Europe in 2000.