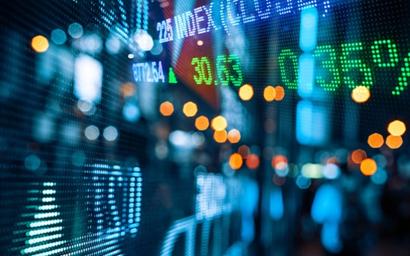 More than 130 affiliated companies are included in the bankruptcy filing, including the group’s quantitative trading arm Alameda Research, while founder and CEO Sam Bankman-Fried has been replaced.

The situation has not only rocked confidence in the digital assets market and how it should be regulated, it has also caused concern over the role of social media in the fledgling sector.

FTX’s demise began when surging withdrawals led to a liquidity crunch. As much as $6 billion was taken out by investors in just three days while the exchange’s own native coin FTT saw its value fall by 72% in 24 hours.

Questions will be asked about the role of Binance in the fate of FTX. It was Binance decision’s to sell its holdings in FTT citing concerns over “financial stability” that sparked the run on FTX. So it was somewhat surprising that Binance emerged as the potential saviour, when it struck a non-binding agreement to bail out FTX.

Yet, less than 24 hours after publicising the rescue package, Binance backed out, citing a financial black hole that emerged in the due diligence process. Understandably the news led to increased volatility in the crypto market. “The bursting of the bubble could see prices drop considerably further in the weeks ahead, yet it is the aggregate wealth destruction which could be the most significant factor that should matter to investors far away from the eye of the storm,” said BlueBay Asset Management CIO Mark Dowding.

The fact that so much of the escalating drama was played out on Twitter should raise red flags about the potential for social media to influence the market, said Matt Smith, CEO and co-founder of compliance software firm SteelEye.

"Once again, Twitter has played a role in influencing financial markets,” said Smith. “Not unlike Elon Musk shifting Tesla’s share price via tweets from his personal profile, a likely driver for the fall in the currency was Binance CEO, Changpeng Zhao’s Tweet about Binance’s sale of its FTT holdings. This is a clear case of cause and effect.”

Questions will also be raised about FTX’s dependency on its own native coin FTT as well as the relationship between the exchange, the native coin and Alameda Research. Crypto market data firm Kaiko made this point in a research note.

“FTX’s collapse has shaken the industry to its core, in part because it is a fundamentally different type of business than a crypto lender like Celsius,” wrote Kaiko.

“FTX is a cryptocurrency exchange. The service it provides is that of a facilitator of trades: they earn a transaction fee for every trade executed by one of their clients. FTX is neither a trading firm nor a lender, so theoretically, they should at all times have access to the equivalent of 100% of their client’s funds.

“But we now know that that was not the case due to a dangerously intertwined relationship with FTX’s sister company, the trading firm Alameda Research, and the improper use of FTX’s native cryptocurrency, FTT,” wrote Kaiko researchers Clara Medalie and Riyad Carey.

It remains to be seen how the fate of FTX will influence future regulation of the digital assets market. As BlueBay’s Dowding said: “It is sad that policymakers weren’t able to act more decisively at an earlier stage, to avert such a predictable outcome.”