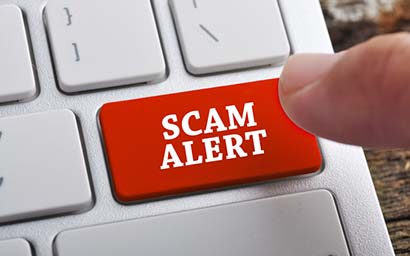 The UK’s financial watchdog has signalled a crackdown on cryptocurrency scams in an effort to reign in the number of unregulated investment schemes targetting retail investors.

The Financial Conduct Authority (FCA) disclosed that it has stopped one in four firms entering the UK’s consumer investment market, up from one in five in 2020.

Furthermore, in a six-month period in 2021, the regulator received more than 4,300 reports of potential crypto scams.

It currently has more than 50 live investigations, including a number of criminal probes.

According to Laith Khalaf, head of investment analysis at AJ Bell, the data reported by the FCA suggests that last year was a boom time for cryptocurrencies and also suspicious crypto marketing campaigns.

“Scam activity is not new but it does appear to be increasing inn scale and embracing new forms of digital communication,” said Khalaf.

Almost one in five (19%) of the scams reported via the FCA’s ScamSmart alert system came from social media adverts.

The FCA has previously highlighted the risks to consumers from social media promotions around crypto investment schemes.

The watchdog also recently upheld its decision to ban investment app Freetrade over its use of paid-for social media promotions, issuing a secondary notice on February 8th.