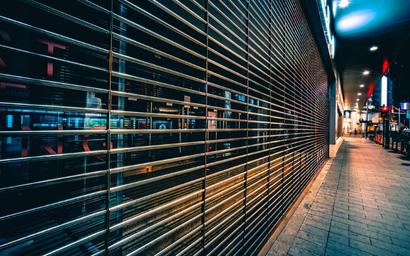 Blockchain software firm and advocate for decentralised finance (DeFi) Consensys is the latest company to fall foul of the crypto bear market and the after-effects of the FTX scandal after announcing job cuts.

The company, led by Joseph Lubin, co-founder of Ethereum, is to shed 96 jobs, equivalent to 11% of its workforce.

In a statement posted on the company’s website, Lubin cited the bear market in the web3 sector as well as various macroeconomic factors.

He also took a swipe at the crypto-centralised finance (CeFi) sector, which includes crypto exchanges such as FTX.

“Some of the poorly behaved CeFi actors in our space have brought a reckoning on themselves, which has cast a broad pall on our ecosystem that we will all need to work through,” wrote Lubin.

In 2022, Consensys reached a $7 billion valuation on the back of a $450 million funding round, including Singapore wealth fund Temasek and Microsoft.

Following the job cuts, Consensys announced that it would focus the business on two of its developer platforms – Metamask and Infura.

In his message, Lubin also criticised the “money crypto” companies in the web3 sector that he describes as looking a “lot more like traditional finance: third-party custody, third-party facilitated payments, illicit finance and market manipulation”.

“We’re building a future where you don’t — shouldn’t — have to trust an institution to ensure you have access to your assets or can participate in activities that create value broadly for communities,” wrote Lubin.