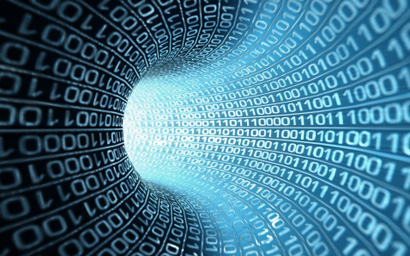 Fund managers are advised to ensure they have their house in order, data-wise, before attempting to merge their operations with another.

So says the chief operating officer at UK fixed income fund manager BlueBay, Paul Bromley, who was speaking at a recent Funds Europe webinar on the operational challenges involved in mergers and acquisitions.  BlueBay was acquired by Royal Bank of Canada in 2010 in a deal worth more than €1.2 billion.

Since then M&A activity has increased, not just among asset managers but also in the asset servicing world and among other service providers. And it looks set to continue into the next decade.

In a recent Funds Europe research report, when asked if consolidation will continue in the next ten years, 90% of respondents said yes.

Typically the attention on a merger or acquisition focuses on the balance sheets of the respective partners rather than the operational work required to bring two firms together.

However, this is changing, said Paul Bromley, chief operating officer of UK fixed income manager Blue Bay, which was acquired by Royal Bank of Canada back in 2010 in a deal valued at near enough £1billion.

“Companies are looking at the data architectures they’ve built up over time, the complexity of the businesses that clients are asking us to enter into and the number of third parties that can be impacted by a merger such as custodians and clearing brokers,” said Bromley.

Ensuring data consistency is one of the biggest challenges that requires a common taxonomy, clear definitions around data, and mastering of data sets for analytics or pricing and other data-driven functions, said Bromley. “You need a common understanding from both sides of the consolidation, in terms of who the data owners are so that there is clear accountability.”

Therefore, ensuring data consistency and using a mastering strategy so that the data can be trusted is a key objective in an acquisition, said Purdey. “We are a data company and making sure we can take the good bits of the company we’ve acquired and bring that onto our operating backbone as soon as possible is a key part of our integration planning.”

Given the importance of data management, one would think it is something that would be included very early in any integration process. But Bromley said it is a principle that is often overlooked.

“Data is an incredibly expensive part of an asset manager’s ecosystem and one where you can very quickly duplicate costs so understanding where that is represented within the two businesses is something very useful starting point  in that pre-merger analysis,” said Bromley. “It could dictate the footprint of how much data you could save and how much data you would be duplicating.”

M&A: fitting the pieces together

However, it is not easy and a lot of things that have to be considered, said Niall Hornett, EMEA head of fund services, Citi Securities Services. “For any transaction, you need a data map, a data governance model and where that data has originated and the journey it will go through and what will it look like in the end of that journey. The sooner you start it, the better.”

The post-merger planning should also extend to technology, added Ashely Sheen, asset management specialist at consultant Sionic. “A merger gives firms an opportunity to tackle some of the issues they have had around legacy technology because what you definitely don’t want to do is bring two sub-optimal systems together and move to the best of two bad ones,” said Sheen.

*To listen to the M&A in Asset Management: Navigating the Operational Challenges webinar, visit the webinar channel at www.funds-europe.com.