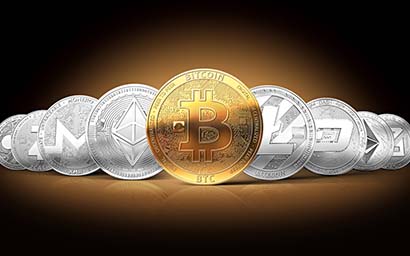 Crypto hedge funds’ assets under management (AuM) almost doubled during 2020 and are set to increase further this year with a number of firms predicting that the price of bitcoin will break the $100,000 (€81,710) mark before the end of the year.

Through the course of 2020, crypto hedge funds’ AuM increased from from $2 billion to $3.8 billion, according to the Global Crypto Hedge Fund Report 2021 jointly published by PwC, Elwood Asset Management and the Alternative Investment Management Association.

Almost a fifth (21%) of the surveyed non-crypto hedge funds are invested in the asset class with the average allocation recorded as 3% of portfolios. Furthermore, 86% of those firms plan to increase their allocation before the end of the year.

The majority of traditional hedge funds (57%) invested in crypto assets for general diversification purposes. Performance would also appear to be a major driver. The report found that the median hedge fund returned 128% on its crypto investments in 2020, more than four times the 30% returned in 2019.

The most successful strategy was discretionary long-only which enjoyed a rise of 294% while bitcoin was the overwhelmingly dominant currency and featured in the portfolios of 92% of the surveyed hedge funds, compared to ether, which featured in 67% of portfolios.

And despite recent fluctuations in crypto values, the report showed a bullishness among crypto hedge funds with the median predicted price for bitcoin by year-end reaching $100,000.

The report also quizzed hedge funds on the barriers to investment and regulatory uncertainty was cited by 82%, along with reputational risk with clients (77%), the scope of investment mandates (68%) and a lack of knowledge about the asset class (64%).

Jack Inglis, chief executive of AIMA, added: “Further education, regulatory clarity and the evolution of service providers and related market infrastructure could lead to the acceleration of increased investment and further institutionalisation of the industry.”

The survey featured 39 ‘traditional’ hedge funds with collectively more than $180 billion in AuM and between 150-200 active crypto hedge funds.