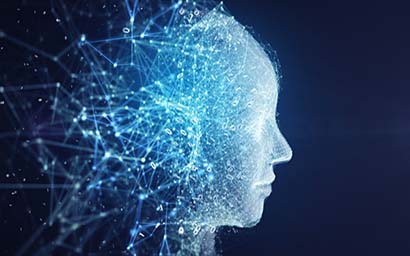 When it comes to companies and talent, an overriding issue for France is to keep hold of its homegrown fintechs and deter them from drifting overseas. Nicholas Pratt looks at how this is done.

France has emerged as one of the fastest-growing jurisdictions for artificial intelligence (AI) fintechs thanks to a combination of government support, financial services sponsorship and a healthy pipeline of AI-minded graduates.

But while resources have gone into creating a steady flow of AI start-ups, the focus is now turning to the best way to ensure the start-ups stay in France and that graduates are not tempted away to more lucrative offers overseas.

There are currently more than 450 AI-based start-ups registered in France, many of them in financial services and the asset management market in particular.

One of them, SESAMm, was awarded the most innovative company of the year in the inaugural FundTech Awards for its combination of AI, machine learning and natural language processing (NLP).

According to SESAMm’s founder and chief executive, Sylvain Forté, AI is especially suited to the asset management world, from automating tasks to predicting the outcome of financial decisions. “The number of potential use cases is very large and applies to any type of investment strategy or commodity,” he says.

Despite 90% of its respondents stating that their data consumption would increase over the next 12 months, less than half (41%) anticipated an increased demand for data scientists.

French fintechs say that the prevalence of AI start-ups is rooted in a cultural and educational heritage, especially in the use of natural language generation and NLP. Yseop, another fintech, uses AI and NLP to scan through masses of data to produce customised reporting for asset managers and asset servicers.

Godfather of AI
For example, French computer scientist Yann LeCun is considered by some to be the godfather of AI, while another renowned French academic and pioneer in mathematical finance, Nicole El Karoui, runs a course in Sorbonne University that trains more than 70% of France’s quantitative traders.

According to Oliver Yates, chief executive of French crypto prime broker SheeldMarket, the French education system’s reliance on mathematics has filtered through to the AI start-up market.

“The elitist French grandes écoles often select their students based on their mathematical capability,” says Yates. “You end up with a lot of graduates that are strong in mathematics and AI is a quantitative space.”

Furthermore, he says, young tech entrepreneurs can find it relatively easy to make connections through alumni networks. “If you have a proof of concept, there is a lot of seed funding available and you can get started early.”

There is also a healthy venture capital (VC) scene in France and a number of VCs that specialise in deep tech, along with private-sector initiatives and associations offering grants, seed capital and business support. One is AI for Finance, which describes its mission as connecting actors from the AI and financial sector ecosystem.

Banks and asset servicers have also had an influence on the rise of AI start-ups. The likes of BNP Paribas, Caceis and Societe Generale (SG) have looked to sponsor various AI start-ups. SESAMm took part in SG’s Global Markets Incubator programme.

But the biggest financial contributor to France’s AI start-up market is the French government, which has recognised the growing importance of AI fintechs and has sought to ensure start-ups in France remain there at maturity.

Various state-led initiatives have been in place for some years. In 2019, the public investment bank Bpifrance provided more than $350 million (€288 million) of funding specifically for AI start-ups.

Efforts have increased since the Covid-19 crisis hit. In March, the French government announced a $4.3 billion support package for start-ups, designed to help them find seed capital and to avoid them being acquired by larger firms.

In June, as the impact of Covid-19 on cash-strapped start-ups became clearer, the government announced additional measures, including Bpifrance’s launch of an investment fund offering finance and liquidity for key technology companies.

Meanwhile France’s financial regulator, the Autorité des Marchés Financiers (AMF), has launched multiple fintech initiatives over the past five years such as the Fintech Forum in July 2016 and, in 2017, a taskforce dedicated especially to initial coin offerings, the Universal Node to ICO’s Research and Network, or Unicorn.

Tokenisation and digital assets is another focus for France, especially the provision of key services like digital custody, and it has sought to take a lead on developing rules in this area, ahead of other European jurisdictions.

Forté says that government involvement in the fintech sector has increased since the election of current president Emmanuel Macron in 2015. “It is more and more common to see members of the government be part of fintech-related events, helping promote and push forward this sector from their representatives or through La French Tech, Bpifrance and other public institutions,” he adds.

According to Yates: “The government knows we have a big talent pool in AI and it is trying to push these graduates to start companies in France, in order to see large companies appear here and ultimately keep local talent here.”

Yseop’s Walckenaer underlines the importance of keeping AI graduates in France. “Talent retention is our main issue,” he says.

Worth more than money
Fortunately, many of the new generation of computer engineers and scientists are attracted to the start-up sector because of the agile working environment and the relative autonomy they have in terms of their work, rather than remuneration, says Walckenaer.

This will be vitally important. In the past, the fear has always been that France will lose lots of its bright AI graduates and data scientists because they either go overseas to launch their businesses or they decide to work for big tech.

And while providing more support for French start-ups in their own country is helpful, it is unlikely that start-ups will be able to compete with bigger firms on remuneration. The French jobs market is tightly regulated, more so than the US, including when it comes to salaries.

It will therefore be crucial that AI graduates and entrepreneurs continue to be guided more by the quality of work on offer than the size of their wages.