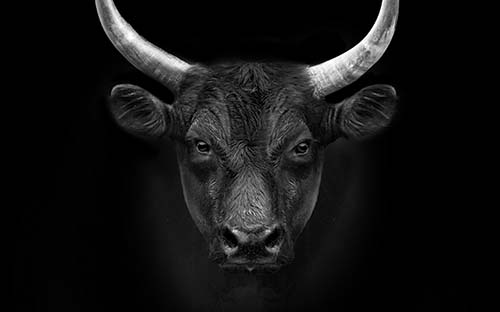 Nicholas Pratt talks to Iqbal Gandham, eToro’s man in the UK, about the company’s ambitions to upend the status quo.

One could be forgiven for thinking that Iqbal Gandham has a grudge against the asset management industry. His last two jobs have involved working for two of the firms that have done most to challenge the traditional asset management market. First there was Nutmeg, the UK-based robo-adviser, where Gandham was chief marketing officer between 2013 and 2015, helping the start-up to accumulate more than $500 million (€462 million) in assets under management.

Then in 2016 he became the managing director for the UK business of eToro, which is currently busy making waves in the investment management space with its concept of social trading and its forays into commission-free stocks investment and crypto.

Back when he joined eToro, the company, which was founded by Israeli brothers Yoni and Ronen Assia, was more focused on trading derivatives. Gandham says he saw an opportunity to help raise awareness of the firm across a wider audience. “eToro had great potential, we just needed to expand our reach, awareness and product range,” he says.

And while they had added a number of new products, they were all aimed at a single market participant – a derivatives investor. “What we wanted to do was create a range of products that covered a broader range of risk appetite. So you can invest in highly leveraged products or emerging assets such as crypto as well as vanilla instruments like real stocks. No other platform has that ability to cover that range. So we see ourselves as the Amazon of finance.”

Although Gandham’s last two positions have been rooted in the wealth management industry, his background is in technology. He was co-founder and chief technology officer for an internet service provider in India between 1999 and 2004 before becoming a chief marketing officer.

Is marketing more important than the product itself? “It is a bit of both,” he says. “You can overdevelop a product. It doesn’t need to be 100% perfect before hitting the market. And it is a fallacy to believe that a product can develop its own word-of-mouth popularity. TikTok [the video-sharing app enjoying a wave of popularity during the worldwide lockdown] was marketed to hell.”

Microsoft is the prime example of the power of marketing, says Gandham. “Windows 95 was full of bugs and it introduced the whole concept of turning the computer off and on again as a remedy. But it became the world’s most popular operating system because it was marketed well. What some product designers don’t understand is that all products need to be marketed.” 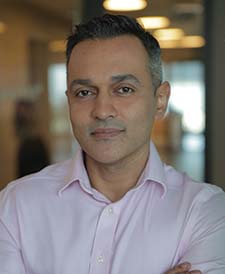 While Gandham says that eToro wants to be the Amazon of finance, many of the incumbents are more concerned that Amazon will become the Amazon of finance and render them all as irrelevant as an independent, high-street bookshop. Gandham does not think this will happen. “A lot of what Amazon does is about avoiding regulatory hurdles. There is very little red tape in their current markets, unlike financial services, and that is why I think they won’t enter this space.”

User interface
Instead it is going through a series of phases, he says, caused by the innovations of insurgents. The first phase was the user interface. The likes of Nutmeg made it easier to recruit customers or engage with investors without having to meet people face to face – a development put into sharp focus in the current climate.

The next phase was community, something that Gandham says is missing from the financial services world. “In almost every other industry, you see what other people have purchased, you see their reviews and you receive recommendations. But you cannot do that in finance.”

eToro has tried to address this with the development of what Gandham calls social trading. It has a network of professional investors on its platform that can be ‘followed’ by other investors. “We call them popular investors. They get to keep all of the profits they earn for themselves plus up to 2% of their monthly AuM [assets under management], which includes the total amount that other users have allocated to copy them.  And in return, eToro enables other users to mirror their strategies.”

The third aspect that has been missing from many investment platforms is the choice of asset class, says Gandham. “Many platforms limit your choice of investment. We all have different needs and I don’t think three portfolios can cover it. We give you a choice. It is discretionary asset management for people that do not want to go to ten different providers.”

eToro has a number of thematic portfolios that are rebalanced periodically and managed by an internal investment team and a chief investment officer. In addition, the platform houses other portfolios provided by external asset and wealth managers. The company does not carry an annual management charge. Instead, its main revenue stream is the trading.

“Stocks are commission-free but derivatives and commodities and indices traded on the platform do have commissions and fees,” says Gandham. “And we have verticals. Others just do stocks on a freemium basis – the first five stocks are free and everything after that is charged. Our operational costs for setting up new asset classes are negligible.”

While eToro will always have institutional and corporate ambitions, it is currently designed for a retail audience. “In terms of scaling a fintech, we’ve almost nailed that and are operational in over 100 countries,” says Gandham. “Now it is about adding different products, not the other way around. For example, if you look at other companies in this space – Revolut, Robinhood – eToro started in trading and is now in portfolio management.”

In fact, rather than disrupting the asset management model, eToro has started to take on some of the properties associated with the traditional firms – a team of investment professionals and a chief investment officer.

“It is great reinventing the wheel but you still have to start with the foundation, which is having analysts, portfolio managers and a chief investment officer,” says Gandham. “It is about changing the way we interact with our clients rather than changing the building blocks of an investment management firm.”

Crypto and regulation
eToro began offering bitcoin in 2013 and in the past two years, it has increased its involvement with crypto and tokenisation, acquiring Danish blockchain company Firmo and Belgium-based Delta, a crypto portfolio tracker app, as well as launching a sentiment-based crypto portfolio that uses AI technology to evaluate sentiment towards digital assets on Twitter posts.

During that time, Gandham has been chair of CryptoUK, a self-regulatory trade association for the crypto-asset industry. He was recently replaced as chair by Ian Taylor of Barclays but remains on the executive board. He is broadly supportive of the current approach by the UK government. “They have waited and watched and not done anything to stifle innovation. But now we have to focus on the relationships with traditional banks and to close that gap between the incumbents and the digital players.”

Whereas some people have commented that the current pandemic disruption should be an opportunity to fast-track rules around tokenisation, Gandham expects there to be a delay as the world gets to grips with more pressing issues. “Everyone is looking at tokenisation and trying to shoehorn it into new industries, like the property market. But how will tokenisation work with existing bodies? Will you still have the land registry or will it all be through smart contracts? It will be a much more complex journey than many people think.”

For example, e-commerce was not that much of a change, he says. “Retail is retail and the internet was just another distribution or delivery channel. But with crypto, you’re talking about money.”

As for the next big thing, Gandham says a lot of people are currently looking in the wrong place when it comes to crypto. It is not the exchanges that hold the key, he says. They just sell the tokens and there are a host of platforms doing that. The real opportunity, he says, is a crypto (wallet) bank account.

“What is the one thing that everyone needed to drive e-commerce? An email address. And what do you need for crypto? A crypto (wallet) bank account. The company that manages to steal market share for crypto bank accounts will be the real winners,” says Gandham. “It could have been Facebook if they hadn’t tried to develop a currency instead.”