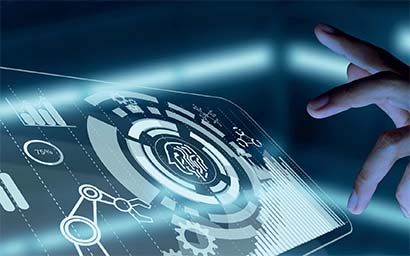 I first interviewed Michael Kollo back in 2016 when he was employed at Rosenberg Equities, part of Axa Investment Managers. As a member of the firm’s big data steering committee, one of his roles involved meeting with fintechs pitching for business.

The problem, said Kollo, was that many of the fintechs backed by venture capitalists came in with aggressive pitches promising revolution and disruption to operations managers just looking to improve the straight-through processing rates in their back office. If they spent less time focusing on their brand and more time understanding how the funds industry worked, they would be more successful, he argued.

But there were lessons to be learned on both sides, he added, suggesting that fund managers could be more open-minded to the possibilities of new technology that will inevitably become more commonplace.

Kollo may have been proven to be correct but at the time, his candour got him into trouble with the senior management that was looking to develop fintech-themed investment portfolios and he was quietly removed from the media spotlight for a short while.

Now, though, he has a new mission – to promote the concept of responsible automation and ethical AI as an investment theme similar to environmental, social and governance (ESG).

Fiery hell
Kollo began his career as an academically minded finance professional after doing a PhD at the London School of Economics and was torn between choosing a career in academia or asset management. He started at BlackRock as a PhD associate in 2007, just in time for the ultimate baptism of fire – the global financial crisis. 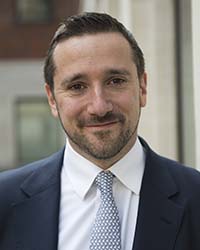 “Like anyone whose career started in the fiery hell that was the global financial crisis, it taught me that I don’t know everything,” says Kollo. It was a humbling time for quants and modellers and for many years, quant was a dirty word, he says. Nevertheless, Kollo stayed in the industry, moving to Fidelity in 2010 as a quant portfolio manager and then to Renaissance, where he got to run his own fund as head of emerging markets quant research.

Fortunately, by the time he joined Rosenberg Equities in 2014, quantitative methods had come back into vogue as people realised that it was more the structural greed of the industry that was to blame for the financial crisis and not mathematics.

“I felt like the quant story was being written again, but this time by data scientists using artificial intelligence and big data. I had been working with fintechs and could see how quickly the technology was moving and natural language processing (NLP) was being used. I felt there was so much to learn.”

For the asset management industry, big data was not virgin territory. However, there was a general consensus at the time that AI was not really suited to finance because it was non-static and too unpredictable for that type of technology.

Within six months, that thinking completely changed, says Kollo. “It was not that someone found a better way to use AI. It was that the industry had become so fiercely competitive that any kind of edge would be considered. So, AI arrived through the back door.”

Kollo became concerned that algorithms were not just being used to replicate human intuition but were also being used to categorise individuals – would they succeed at certain education establishments, were they more likely to commit fraud. “We didn’t really have a good sense of how these evaluations were being made, we often confused causation and correlation and we didn’t understand if we were modelling elements that involved free will.”

For example, when algorithms are used to predict students’ grades, are you forecasting innate ability or future effort? If you are forecasting with 80% accuracy, does that mean there is 20% free will? “Big questions like that were not being asked,” says Kollo.

At the same time, Kollo was acutely aware that AI was the electricity of the future and was really going to be rolled out everywhere and these subtle rules on how it would discern truth from untruth, especially in an era of fake news and industrialised disinformation, would be critical.

So after moving back to his native Australia, he stepped back from the finance industry. “As someone who understood how these models worked and the inequality that could result from their misuse, I felt like it was on me to join this conversation. I just didn’t know how.”

Social disruption
He ended up joining Faethm, an AI platform that aims to predict the impact of forces like automation, robotics and Covid-19 on current and future jobs, and it was then that he started to promote the idea of ethical AI. “It is addressing the social disruption from technology. It is similar to the treatment of carbon within ESG – we recognise it is a natural by-product and the aim is not to eliminate it but to reduce it and to promote the responsible use of automation,” says Kollo.

The concept of responsible automation has been expressed as a societal fear but not as an investment theme, where the major asset owners or super-investors ask companies to disclose how they are using this technology or what steps they are taking to protect their employees in terms of training, he says. “Faethm has this data and I would love to take it back into the investment community as a force for good. We should really put this into portfolios.”

Few if any companies are reporting this kind of information, he says. “Today you can learn nothing about the roles of employees at a company and what technology projects they are involved in. It may be possible to scrape some data from LinkedIn but by and large, the data doesn’t exist. Companies are not required to disclose the information and where companies have voluntarily disclosed the information, it tends to read like a human resources manual rather than a quantitative data set.”

Investors need to be able to look beyond the board of directors to see the value of a company’s human capital, says Kollo. “If you are happy to disclose the financial depreciation of a factory in Japan, surely you could disclose the number of employees you have and the conditions in which they work. Once you have that transparency, you can have a conversation about ensuring that automation is done in a thoughtful way.”

Currently, everything is happening under the hood, he says. But if it can be shown that automation could have the same kind of impact on society as carbon use has on the climate but in a much shorter timeframe, why wouldn’t investors ask for more disclosure?

Once companies have to disclose this information, it creates a pressure to manage that issue rather than sweep it under the carpet. It can also be used to bolster the reputation of a company as a good place to work that looks after its employees and provides training.

“The notion of automation is a tricky subject and companies never like to disclose this because it never looks good, but companies are not crutches for society and have to look after their balance sheet. The transparency is about ensuring automation is done in a thoughtful way. It does not mean you should stop automation, but you should think how you are doing it.”

Preparing for the next pandemic
The Covid pandemic may actually have a positive impact in helping disclosure, says Kollo. “Covid-19 has catapulted us five years into the future. The incentives to automate are far greater than they were in January. Add to that the downturn in the economy and a disjointed and unsafe workforce, and we could see automation recast not as the bogeyman, but as a saviour of your health.

“For example, if the next Covid is airborne and has a 30% fatality rate among children, who wouldn’t want their groceries delivered by a drone? But if the rate of technology adoption is greater than economic growth, it will lead to unemployment, and low economic growth intensifies the negative societal impact,” he says.

Despite the apocalyptic air, Kollo is optimistic that the funds industry will warm to his theme of ethical AI and responsible automation just as it has done with sustainable investing and ESG.

“I feel this is the direction of travel. I meet an increasing number of people who have embraced ESG not because they are convinced by the data, but because that it is the world that they want to live in.”

Nor is it necessarily driven by guilt, says Kollo. “The financial services industry is filled with mature, thoughtful people that have spent their careers working toward structured goals. This is a community of people with families, and societal awareness, and this is why issues like automation and the future of work should be discussed and integrated into universal and institutional investors’ portfolios. It’s a natural evolution of this industry.”