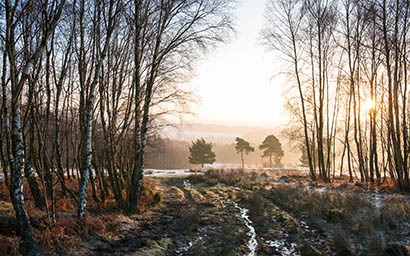 We are currently living in a crypto winter, as evidenced by the falling value of cryptocurrencies.

This is not the first such winter, though. There have been five since 2017 and two in the last year alone, which lasted 14 and ten weeks, respectively, accounting for almost half of the year. They also caused bitcoin to drop by an average of 46%. So far, in this current ‘winter’, bitcoin has dropped by 36% at time of writing.

However, there have been other developments in the crypto market that suggest there is more to the current crash than in previous iterations, such as a ban on redemptions at crypto exchanges, job cuts, and insurance policies. For some, though, it is the usual behaviour of a young and immature market.

“It is just volatility, the same as we saw in 2018 and 2019,” says Dmitry Gooshchin, COO and co-founder of AI trading platform EndoTech. “There are too many funds invested in the market for it to be considered a crisis. And in the next two to three months, I expect the market to recover.”

What the current developments have exposed is the number of retail investors in the market relying on a ‘hold on for dear life’ approach to investing rather than the use of professional trading tools designed to deal with high volatility, says Gooshchin.

“This is a regular market and has to be treated like any other. The use of algo trading, for example, is an absolute must,” he says.

However, one of the arguments in favour of cryptocurrencies is the idea that they are uncorrelated assets and, therefore, should be immune to the vagaries of traditional market risks, such as inflation. This no longer appears to be the case.

As Susannah Streeter, senior investment and markets analyst, said: “With the era of cheap money coming rapidly to an end, traders are becoming much more risk-averse and turning their backs on cryptoassets.”

As Gooshchin says: “It is difficult to tell what will happen in the long term, but I think we will see that cryptoassets and the general economy are correlated.”

“Old-fashioned stockpicker”
Others are more forthright in their view of the crypto winter and its impact on the funds market. “The vast majority of crypto investors are going to lose all of their money,” says Jonathan Boyar, founder and CEO of US asset manager Boyar Value.

Data from the UK’s Financial Conduct Authority shows that 14% of adults who bought crypto during the pandemic went into debt to do so.

It is also too late for regulatory intervention, says Boyar. “I don’t understand how this was allowed to happen in the first place.”

Nor is it just the volatility that comes with a nascent market, says Boyar. “Some of the most valuable stocks today, from Apple to Amazon, have all lost 50% of their value at some point and then recovered. But I don’t think this is the case with crypto.

The trigger for the latest slump in crypto was the collapse of terra, a stablecoin pegged to the US dollar designed to enable movement between cash and crypto. Terra, created by Singapore-based Terraform Labs, was one of the market’s most popular stablecoins and its collapse has cost investors billions of dollars.

But there have been other signs that trouble may be afoot in the crypto market.

Executives in the firing line
On 15 June, insurance company Beazley launched a new policy that, for the first time, offered directors and officers (D&O) of crypto companies cover against legal liability. As Beazley underwriter for D&O speciality risks, Luisa Celentano, said: “The crypto market is growing rapidly, and becoming increasingly mainstream. Crypto firms face a myriad of risks from extreme volatility to a lack of regulation, and they also have to contend with different rules in different jurisdictions. One misstep can impact their financial results and business reputations, leaving senior executives in the firing line.”

Then there was the rebranding of the crypto market as Web3, which apparently incorporates blockchain, decentralised finance and token-based economics.

And then there are the job cuts. Two of the largest crypto exchanges in the market have announced measures to reduce their labour costs as a result of the crypto winter.

Coinbase has implemented a hiring freeze that will stay in place “for the foreseeable future”. It has also rescinded a number of accepted and outstanding job offers. According to chief people officer LJ Brock, it has “become evident that we need to take more stringent measures to slow our headcount growth”.

The slump in the cryptocurrency market has had a knock-on effect on service providers such as crypto exchanges, and Coinbase has seen its value drop by 70% this year. “We always knew crypto would be volatile, but that volatility alongside larger economic factors may test the company, and us personally, in new ways,” said Brock in a blog posted on the Coinbase website.

Meanwhile, rival crypto exchange Gemini has said it would lay off 10% of its staff in reaction to market conditions. The founders, Cameron and Tyler Winklevoss, said in a blog post that the crypto winter has been “further compounded by the current macroeconomic and geopolitical turmoil”. The company has also closed all of its physical offices in a bid to cut costs.

And Binance, the world’s largest crypto exchange by volume, halted withdrawals of bitcoin for several hours on June 14, due to “extreme market conditions” amid a 10.3% daily drop in the cryptocurrency’s price.

Meanwhile, crypto lending network Celsius suspended withdrawals and account transfers. “We are taking this necessary action for the benefit of our entire community in order to stabilise liquidity and operations while we take steps to preserve and protect assets,” the company wrote in a memo to users. “There is a lot of work ahead as we consider various options, this process will take time, and there may be delays.”

But while the number of retail investors attracted to crypto may dwindle, research suggests more speculative investors may grow in number. According to the fourth ‘Annual Global Crypto Hedge Fund Report’, produced by PwC and Elwood Asset Management, the number of hedge funds investing in digital assets has doubled in the course of a year.

There are now more than 300 traditional hedge funds with holdings in crypto or digital assets, which accounts for more than a third of the hedge funds sector. The assets under management (AuM) of crypto hedge funds have grown by more than 8% over the past 12 months to reach $4.1 billion.

Allocation plans
Despite the growth, the majority of hedge funds have only modest holdings in crypto – 57% have less than 1% of their AuM invested in digital assets. However, two-thirds of funds (67%) currently investing in digital assets plan to increase their allocation before the end of the year.

The most growth, though, has been among specialist crypto hedge funds, which have seen their median AuM almost treble over the past 12 months, from $8.5 million to $24.5 million, while average AuM has more than doubled from $23.4 million to 58.6 million.

In late May, venture capital firm Andreessen Horowitz, one of the largest crypto fund managers, launched a new $4.5 billion crypto fund. This was twice the size of its previous fund, the $2.2 billion Crypto Fund III.

It remains to be seen if this crypto winter will prove to be any different from the others or if it will lead to a withdrawal from institutional investors. It is also as yet unclear if the exodus from cryptocurrencies will affect investment in the broader digital assets market and various projects around blockchain technology or tokenisation.

But clearly, the current crypto winter, which has coincided with a war in Ukraine and its disruption to global supply chains, and with the international rise in inflation, has put paid to the idea that cryptocurrencies are uncorrelated to mainstream market risks.