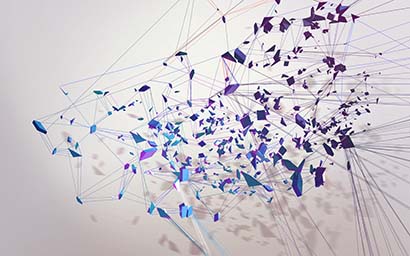 The clearing and settlement system is struggling to leverage off of distributed ledger technology – but DLT is still where its future lies, finds Nicholas Pratt.

The market has gone through several stages regarding the application of distributed ledger technology (DLT) to the clearing and settlement process.

Firstly, there was the premature evangelism – the idea that all post-trade processes could be moved on to a blockchain and that central counterparty clearing houses (CCPs) and settlement bodies could be removed in favour of a slicker, less expensive, decentralised distributed ledger.

Then, as reality bit, there was a realisation that this switch would be harder than first thought. Back in 2018, two Credit Suisse equity analysts, Tom Mills and Martin Price, wrote that moving trades to the blockchain would require a “fundamental redesign” of the clearing model and that “CCPs will continue to perform a key role in mitigating risks for buyers and sellers” in derivatives markets.

In other words, rumours of the CCPs’ demise were greatly exaggerated.

Now the industry is in a third stage where CCPs have embarked on their own DLT projects and proofs-of-concept, including in collaboration with DLT-focused fintech. But will it be possible to exploit all the benefits of the blockchain within the current clearing model or will a fundamental redesign be needed? And when exactly might we see any of the pilot projects turn into working platforms?

“Every CCP is looking at DLT,” says Cécile Nagel, chief executive of EuroCCP. She adds that the impact of technology change is nothing new to financial market infrastructures. For example, the emergence of electronic trading fundamentally changed market infrastructure.

And while there are considerable benefits to be gained from the blockchain, there are also significant hurdles, says Nagel. “Despite the many proof of concepts, we haven’t seen anything emerge yet. More work needs to be done to ensure these pilots can work at scale.”

She sees three main obstacles: the size and complexity of the current post-trade environment; the benefits of the netting process; and the impact of regulation. “EuroCCP is connected to 47 venues across Europe and 20 central securities depositories (CSDs) for cash equities clearing. Replicating that on the blockchain is not straightforward.”

Network effect
Netting is one way the CCPs have sought to reduce transaction costs by consolidating trades. But with DLT, each transaction is unique. This does raise the question of whether the clearing model would have to be fundamentally redesigned if the benefits of DLT (transparency, non-repudiation, real-time processing) are to be realised.

The problem, says Nagel, is that one process, such as clearing, cannot be treated in isolation. “The network effect is important. Having just one component on the blockchain is not enough. You have to include the whole network – CSDs, trading exchanges, CCPs. You would have to redesign the whole infrastructure.”

You also have to consider the systematic importance of CCPs, which means that any proposed changes to the process are undertaken with care, says Nagel. This also means that changes are incremental and take time. For example, the US market is only now moving from T+2 to T+1 settlement.

Blockchain-based clearing may be more suitable at this stage for tokenised assets but this would cover only a fraction of the current market.

Nagel says that all the CCPs are looking at use cases for DLT and what efficiencies can be gained. Nor are these efforts limited to DLT. Cloud computing, for example, could provide numerous cost savings. And for those on the buy-side wondering why those proof of concepts launched in 2018 have yet to go live, Nagel calls for patience.

“It will take time. But this is not unique to clearing. There are plenty of proof of concepts on the asset servicing and custody side that have yet to emerge into fully working services,” she says.

Pivotal technology
“DLT has proven to be a pivotal piece of technology which can bring about new efficiencies in clearing and settlement,” says Murray Pozmanter, head of clearing agency services and global business operations at post-trade group Depository Trust & Clearing Corporation (DTCC). “However, critical to its success will be developing use cases across financial markets that create value for clients.”

The DTCC’s role, says Pozmanter, is to “identify high potential use cases in the post-trade space” involving DLT or other technologies while applying “responsible innovation to implement new, and safe, processes and capabilities that bring increased efficiency and risk management capabilities to financial markets”.

“We view protecting market stability and leading innovation as two sides of the same coin because innovation is essential to ensuring a safe and efficient marketplace,” he adds.

“At DTCC, we believe that improvements to clearing and settlement should be achieved by creating new efficiencies without introducing additional risk to markets,” says Pozmanter. “Central clearing and netting on robust and proven post-trade infrastructure continue to be the most efficient and beneficial way of moving trades to settlement.”

However, adds Pozmanter, the DTCC will continue to look at ways to enhance the existing infrastructure through new technology such as DLT. To this end, it has developed an alternative settlement platform based on DLT called Project Ion.

This is now in the development phase, following a successful prototype pilot with market participants. A number of firms took part in the pilot and will support the Project Ion minimal viable product (MVP) model by initiating bilateral deliver order transactions through client nodes hosted by DTCC.

The DTCC hopes to launch the platform later this year to serve as “a parallel book and infrastructure for limited bilateral transactions on DLT,” with its existing systems remaining the “authoritative source” of transactions. “Longer term, we believe Project Ion will bring new efficiencies in firms’ reconciliation processes,” says Pozmanter.

Radical change
Baton Systems is a fintech aiming to redefine the post-trade processing world through the use of DLT. According to Baton president Jerome Kemp, the company is looking to bring radical change to a sector that hasn’t changed in terms of post-trade technology and processes in 30 years. “You can trade in a nanosecond, but it still takes at least 24 hours for that trade to settle,” he says.

Within the derivatives market, one of Baton’s roles is to serve as a platform that can act as an interface between clearing agents or futures commission merchants (FCMs) and the CCPs they work with to improve the efficiency of collateral movements. This stops those firms from having to go through each CCP’s graphic user interfaces to settle trades, making the process more efficient.

He is clear that Baton is not looking to replace CCPs in the post-trade market. “We are a technology company, and our aim is to help CCPs and FCMs be more efficient and to reduce risk when dealing with each other,” he says.

“Clearing is still run on a 24-hour batch process for the cleared derivatives industry, and that generates risk that is potentially unmargined for 24 hours or longer. By focusing on the velocity of the process, we believe we can have a broader impact on FCMs and their clients,” says Kemp.

What DLT allows is the creation of nodes to share information and workflows on a permissioned but wholly transparent basis. One area where Kemp believes DLT can make a big difference is in the FCM market, which generates $5.5 billion (€5.2 billion) annually but has an outdated clearing model.

“DLT would allow instantaneous transfer of collateral and margin. It’s a big deal because in the future, an FCM would no longer have to wait 24 hours to see if the money shows up. There is a lot of unsecured risk circulating daily,” says Kemp.

“The market needs to evolve, and technology will be a big part of that,” he adds. However, one question that arises when DLT is applied to centralised models like CCPs is whether the underlying model needs to be fundamentally changed to achieve the best results. For example, can decentralised technology work effectively in a centralised market?

Kemp believes it can and is not in favour of demanding an overhaul of the model. “One of the key things is how we work with existing infrastructures. We cannot ask firms to overhaul their operations to work with DLT,” he says.

Instead, the use of APIs should enable a relatively simple connection between clearing members or FCMs, fintech such as Baton and the CPPs.

“I am a proponent of incremental change - financial market infrastructure does not do well with big bangs,” says Kemp.

“The applicability of DLT to the model is not a question that has been answered, but I believe that CCPs and FCMs are here to stay. They will continue to play a vital role in terms of risk management in the broader system.”

He also says that many CCPs are engaged with DLT, and a number are investing in this space and working with fintech. “The CCPs, FCMs and fintech have to work together; that’s where the future lies.”