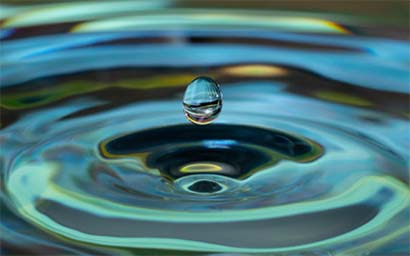 Cryptocurrencies continue to multiply and divide attention. Fiona Nicolson goes beyond bitcoin to cast a light on four other currencies.

Cryptocurrency literally means ‘secret’ currency. But since its emergence more than a decade ago, this new asset class has attracted a lot of attention.

In particular, bitcoin, the biggest and the best-known cryptocurrency has been hitting the headlines recently thanks to tweets made by Elon Musk – some in favour and some critical of Bitcoin. These have seen the price see-saw, most notably when he stated that his company Tesla Motors would not accept bitcoin payments for its electric cars due to environmental concerns.

Ups and downs are to be expected in the cryptocurrency market, however. Commenting on bitcoin’s recent volatility, Paul Frost-Smith, founder and chief executive at Argentium Digital Asset Management, says: “We have to accept that there will be sudden swings in cryptocurrency prices and a high level of volatility as this asset class develops.”

And its development has been extensive. In 2009, there was just one cryptocurrency in action: bitcoin, created by the enigmatic, presumed inventor, Satoshi Nakamoto, as a peer-to-peer electronic cash system and decentralised alternative to the traditional banking system. Nowadays, there are thousands.

The number of users has rocketed too. In September 2020, the Cambridge Centre for Alternative Finance at the University of Cambridge’s Judge Business School published its third ‘Global Cryptoasset Benchmarking Study’, which estimated a total of 101 million cryptocurrency users worldwide, up from 35 million the year before.

“But at their fundamental base, they all offer a similar innovation – which is a cheaper way to send any denomination of value globally.”

Funny business
This is an attractive proposition for some investors and while some in the funds industry are unconvinced about the appeal of cryptocurrency, others have taken the plunge. For instance, fund manager Ruffer offers some exposure to bitcoin through its multi-strategies funds, although according to reports, it has reduced its investment. Also, earlier this year, it was reported that BlackRock would be adding bitcoin futures as an eligible investment to two funds, and that JPMorgan Chase would be launching a bitcoin fund.

Cryptocurrencies have come under fire, however. Christine Lagarde, president of the European Central Bank (ECB), has described cryptocurrency as “a highly speculative asset which has conducted some funny business and some interesting and totally reprehensible money-laundering activity”.

The governor of the Bank of England (BoE), Andrew Bailey, is also said to have made some scathing comments. And the UK’s Financial Conduct Authority sternly states that “if you invest in cryptoassets, you should be prepared to lose all your money”.

But they may see things in a different light in the future: “Eventually regulators are likely to embrace the innovation-enabling aspects of cryptocurrencies because they are better for transacting globally,” says Sigel.

“We learned from the market performance of 2020 that retail investors are now a dominant force in financial markets. Part of the reason is that the internet and social media are democratising information and threatening the ‘gatekeeper’ status of some of our existing institutions. As much as regulators try to protect retail investors from themselves, water will find its own level and in the end, I believe that regulators will have to adapt to that new reality.”

Frost-Smith also believes that acceptance could be the direction of travel. “Cryptocurrency is undoubtedly here to stay. Naysayers are dinosaurs,” he says.

Despite any reservations expressed about consumers and crypto assets, central banks have demonstrated that they recognise the potential of digital currency. The BoE and the UK Treasury recently jointly announced the creation of a task force to look into creating the Bank’s own version. The ECB is also reviewing the possibility of proceeding with a central-bank digital currency.

While bitcoin remains the best-known of the cryptocurrencies, others, such as Ethereum, Ripple, Litecoin and Stellar are also developing their presence in the market. We take a look at these four cryptos here.

ETHEREUM
Currently the second-largest digital currency by market cap after bitcoin, Ethereum describes itself as a “marketplace of financial services, games and apps”. It can be used to send or stream money around the world, access stable currencies, borrow funds with or without collateral, start cryptocurrency savings and to buy insurance, without the need for an intermediary. It has presented users with a range of other opportunities too: Ethereum reports that Argentinians have used ‘DeFi’ (decentralised finance – its term for the financial products and services for anyone using Ethereum) to escape the country’s inflation, and some companies use it to give employees instant access to their wages.

Speed is a key factor for Ethereum and other cryptocurrencies: “Many platforms are built on top of Ethereum, and its network collects a small fee every time these transactions take place,” says Sigel. “The velocity of money is higher inside the digital-assets world − costs are lower, speed is faster, and we can securitise many assets that were not able to be securitised in the past. Ethereum’s value derives from that velocity of money.”

RIPPLE
Founded in 2012, Ripple now has 500 employees and nine offices. Its focus is on improving the existing financial system, rather than seeking to replace traditional operations.

It allows Ripple customers, such as banks and payment providers, to process their customers’ payments anywhere globally and cost-effectively, with increased transparency, within a few seconds, instead of days. More than 300 customers have signed up to its services.

It is experiencing some considerable challenges, however. Sigel says: “The US government has objected to the classification of Ripple and there are still outstanding questions about whether it’s a currency or a security, but I think Ripple has a role to play in the remittance use case and several financial institutions, mostly in Asia, have supported that product. Ripple is unlikely to disappear.”

In the meantime, the wrangling over its classification continues. The Securities and Exchange Commission filed a lawsuit against Ripple at the end of 2020 for selling XRP (Ripple’s cryptocurrency) as a security. However, the company’s supporters subsequently filed a petition for the White House to drop the lawsuit and develop a clear regulatory framework. By mid-May, the petition had received more than 30,000 signatures. But at the time of writing, the issue is unresolved and could remain so for a considerable period of time.

LITECOIN
Litecoin, currently ranked in the top 20 largest cryptocurrencies in the world by market cap, was launched in 2011. It enables its users, whether individuals or institutions, to make instant, low-cost payments to anyone, globally, at any time. It is complementary to bitcoin but says it has the ability to handle more transactions.

It is also gaining in prominence in the market, according to The Litecoin Foundation’s Q1 report this year. It stated that during this period, there had been a substantial increase in daily transactions, ranging from 50,000-60,000 per day at the beginning of the quarter, to 100,000-116,000 at the end of March. It also reported that its price increased by 55% during this time, and that the number of Litecoin-related tweets had doubled.

STELLAR
Co-founded in 2015 by Jed McCaleb, who was also a founding member of Ripple, Stellar was designed to enable all financial systems to work together on a single network. Stellar’s digital currency is lumens and the network requires users to hold lumens in small amounts to be able to use the network, to open accounts and make transactions. However, beyond that, it does not stipulate that any specific currency is used, and Stellar is accessible to everyone.

Users can create, send and trade all forms of money digitally, in any currency, including digital currency. It also allows users to send money in one currency and for it to be received in a different currency, so it facilitates sending and exchanging money at the same time, in one transaction. Stellar automatically finds the best conversion rate.

Stellar’s software runs across a decentralised, open network, and the company reports that it handles millions of transactions each day.

A version of this article first appeared in Funds Europe.