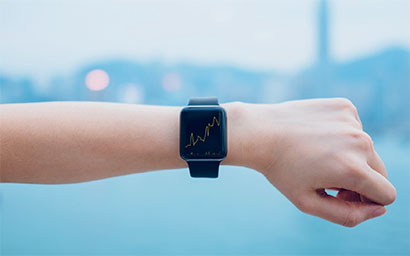 It is widely accepted that tokenisation will open up a world of possibilities for the investment sector. Some are profound, unlocking illiquid asset classes and democratising investment for more people than just the wealthy.

Some possibilities are purely operational and centre on eliminating costs and unnecessary intermediaries in the creation of a smooth and irrefutable post-trade process.

And some are esoteric to the point of frivolity, such as the mobilisation of the NFT market, which has taken off in the past 12 months.

However, it is also clear there are still several considerations before any of these benefits will be realised.

Much has been written on the need for developments in market infrastructure to make the theory a reality – from digital custody and issuing agents, to digital exchanges. Similarly, there are frequent calls for regulatory clarity.

However, there has been much less attention paid to the front-office challenges. For example, says Jeroen van Oerle, portfolio manager at Swiss fund house Lombard Odier Investment Managers (LOIM), the ability for tokenisation to mobilise all of these esoteric and illiquid asset classes could have a significant impact on valuation, analysis and the product development efforts of fund managers.

“For many decades the asset management industry has adopted a ‘fast follow’ strategy, whereby if one fund manager launches a successful new product, then everybody else quickly follows with their own version. But this is a lot more difficult to do in a tokenised world,” says van Oerle.

Firstly, unlike fixed income or equities, only a limited number of analysts specialise in some of these asset classes. Similarly with passive products, there is an index involved to manage the valuation process.

To illustrate the point, van Oerle cites the example of luxury watches. There may only be a handful of analysts able to track the value of these assets. So, while that would work for the first two to three managers launching their tokenised luxury watches funds, other may find it harder and experience much longer fund launches.

This creates a dilemma for fund managers. If there is a diversification benefit from these funds, investors will demand access. But launching such a fund in the absence of experienced analysts and a clear regulatory framework risks a manager’s reputation.

“You have to look at what you are offering your client. So far we have seen a number of newly launched tokenised funds focused on real estate and infrastructure. While there are some challenges, the risks become significantly more apparent around the NFT market,” says van Oerle. “There is a lot of hype around NFT funds but not a lot of analysis and some of those involved are not from the funds market but just looking to make a quick buck. With most of the current NFTs, you’re not buying the underlying asset. There is a market for buying these things in a consumable sense, like in the gaming world. But is this something you want to add to your portfolio?”

Investors will have to differentiate between high and low-quality tokens, he adds. Illustrating the difficulty, van Oerle says owning a share of the rights to the next James Bond film is something that can be properly analysed and valued. But paying $67 million for a digital copy of a painting that everyone is still free to use is completely different.

Minimal understanding
That said, there is a risk of throwing the baby out with the bathwater if asset managers ignore the tokenisation market all together, says van Oerle. “There is a value in these tokens and they will provide a significant diversification benefit to portfolios.”

Unfortunately though, some senior executives in the industry still know very little about the tokenisation market. “I can see clearly if someone knows about this market or if they think blockchain equals bitcoin and don’t know about the high-quality assets that are coming online,” says van Oerle.

“Managers have an obligation to understand the tokenisation market and at a bare minimum understand the difference between the technology behind it and its benefits, and the market developments around new asset classes,” he adds.

Some of the concern around valuations has been driven by the inexorable rise of the NFT market. According to Reuters, quarterly NFT sales rose from $1.2 billion in Q1 2021 to $10.7 billion in Q3. These sales included the $69.3 million paid for a piece by digital artists Beeple, which amounts to the third-highest ever by a living artist.

In late December, digital asset fund manager Bitwise launched its first NFT index fund aimed at “investors intrigued by the NFT market but without the time or desire to participate in periodic auctions or bid on individual pieces of art”.

Another of the more esoteric tokenised fund launches in December came from Spanish start-up Tokenchampions, which launched the world’s first tokenised investment fund focused on footballers’ image rights, employing a team of football agents to select the assets.

The reason for the fund launch, states Tokenchampions CEO Carlos Salas, is to facilitate access to the football industry not just for major investors, but “anyone that wishes to invest in this exciting area”.

According to Rajeev Tummala, director of digital and data at HSBC Securities Services, democratising access to financial services is at the core of decentralised finance (DeFi).

Tummala says: “Tokenisation opens up expensive and niche assets to more people. It achieves this by easily dividing ownership of assets into smaller parts, making them more affordable and accessible. For example, tokenised gold, real estate and carbon credits have recorded significant growth in recent years.”

Tummala also says that tokenisation could be used to support the battle against climate change. He cites the example of Moss, the largest environmental platform to date to tokenise carbon credits, which raised $10 million in eight months for Amazon rainforest conservation projects.

The sale of these credits could be used to offset one ton of carbon emissions. Similarly, net-zero gold products could be created by enabling carbon credits to be bought in parallel via tokens issued on the blockchain.

Tokenisation is also being applied to the most institutional parts of the market. The Global Palladium Fund (GPF) claims to be the first ETP provider to use tokenisation as part of its process for giving investors exposure to physical metals.

Tokenisation and the blockchain were critical in enabling the firm to launch its Carbon Neutral Physical Nickel ETC, says Global Palladium Fund business development director Tim Harvey. Data on the metal’s carbon footprint, from the mining stage to smelting and then shipping, is captured on unique tokens, stored on the blockchain.

Crucially, says Harvey, this allows for ESG verification at a time when this data is proving to be paramount to investors.

Radical changes
Like HSBC’s Tummala, Harvey sees enormous potential in the way tokenisation can be used in the future: “There are so many processes that will only need to be done once. It will also enable investors to specify exactly what they want in terms of underlying assets and relative ESG scores or other criteria.”

He believes it could be the biggest, most radical change to the industry since getting rid of nominee names. The various trustees could be replaced by a single trustee validator.

That said, while there may be radical changes, it may still take some time to get there. “It is important to go at the pace of the industry,” says Harvey. “Remember, it took 25 years for the first ETF to be approved for a 401k fund in the US.”

For example, the fund currently uses a private registry rather than a public and fully transferable one. Given the regulated nature of the institutional funds market, this is likely to remain the case for some time, says Harvey. “It will be crucial to use closed blockchains for regulated funds because users must have gone through the KYC process.”

Inevitably this may lead to a two-tier market where the exotic asset classes like NFTs exist in one, and the traditional, regulated funds in the other, albeit one where there is irrefutable and transferable verification of assets and where the various compliance checks and audits still exist but are only done once. As mundane as this may sound, it will still be a radical change in the way funds are administered and processed.

Furthermore, the two different markets will develop at their own rate, says Harvey. Right now, the NFT market, with all of its uncertainty over legal status, is simply not in institutional investors’ minds, he says.