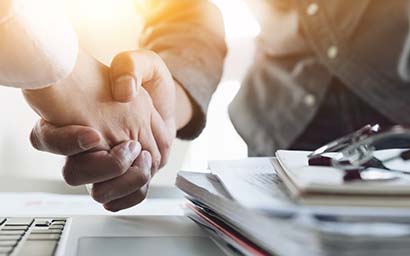 Research suggests that 90% of the funds industry expects the pace of asset management consolidation to increase over the coming decade. This and other findings raised by Funds Europe and Citi’s report, ‘The Changing European Fund Landscape’, were the subject of a recent webinar hosted by Funds Europe.

The attention in a merger or acquisition typically focuses on each firm’s balance sheet – indeed, much energy might even be spent on working out the costs of a name change. Traditionally, less attention has been given to the tremendous amount of work that goes on behind the scenes before, during and after the transaction.

This is changing, however, and where the focus is on technology, data is a key priority – in part, because of the industry’s major operational challenges with legacy systems.

“Companies are looking at the data architectures they’ve built up over time, the complexity of the businesses that clients are asking us to enter into, and the number of third parties that can be impacted by a merger, such as custodians and clearing brokers,” said Paul Bromley, chief operating officer of UK fixed income manager BlueBay, which was acquired by Royal Bank of Canada in 2010 in a deal valued at around £1 billion.

Whenever a merger takes place, one of the greatest challenges is around data consistency, said Bromley. “It is key driver to getting to a state where everybody has a common taxonomy, clear definitions and a common currency.”

BlueBay has focused on the mastering of its data sets for analytics or pricing, and for other data-driven functions, said Bromley.

“You need a common understanding from both sides of the consolidation, in terms of who the data owners are, so that there is clear accountability,” he added.

For example, the calculations and methodology behind analytics may differ for two fund managers. Terms like ‘yield to maturity’ and ‘duration’ seem simple, but differences can arise in terms of how each firm interprets these terms. “It goes back to agreeing core principles as a starting place – to break down those barriers and look at this in detail without any conscious bias towards vested interest because you were involved in the process where those terms were defined,” Bromley said.

Hamish Purdey, the chief executive of FE fundinfo, has seen this from the perspective of a data provider. “We have acquired companies that have very different data philosophies,” he told our webinar audience.

FE fundinfo has undertaken a number of acquisitions and recently announced its intention to acquire Luxembourg-based regtech firm Fundsquare.

It is important therefore to ensure data consistency across the organisation and to use a “mastering strategy” so that data can be trusted. This is a key objective in an acquisition, said Purdey, adding: “We are a data company, and making sure we can take the good bits of the company we’ve acquired and bring that onto our operating backbone as soon as possible is a key part of our integration planning.”

Given data management’s importance, one would think it would be included very early in any integration process. According to Bromley, though, it is a principle that is often overlooked.

“Data is an incredibly expensive part of an asset manager’s ecosystem and one where you can very quickly duplicate costs. So, understanding where that is represented within the two businesses is something that is a very useful starting point in pre-merger analysis,” he said. “It could dictate the footprint of how much data you could save and how much data you would be duplicating.”

However, said Niall Hornett, head of fund services for Europe, the Middle East and Africa at Citi Securities Services, it is not easy and there is lots to consider: “For any transaction, you need a data map, a data governance model, and where that data has originated, and the journey it will go through, and what will it look like in the end of that journey. The sooner you start it, the better.”

“That post-merger planning stage where you look at what you want to accomplish should extend to the technology landscape,” said Sheen. “A merger gives firms an opportunity to tackle some of the issues they have had around legacy technology, because what you definitely don’t want to do is bring two sub-optimal systems together and move to the best of two bad ones.”

Fortunately, better tech planning is occurring in the industry. Sheen said: “I can think of examples of firms, post-merger, that were looking to consolidate two systems and then realised that neither were fit for purpose and instead issued RFPs to understand what tools are out there that can meet their collective needs.

“You could have a system that is perfectly fine for company A but not company B, but it still makes sense to go to market because you a have a broader set of needs to cater for.”

Complexity in the cloud
The development of tools such as APIs and cloud computing has aided integrations and made the replacement of legacy systems easier, said Purdey: “APIs are an important tool to insulate customers from the changes taking place at the back end.”

Nonetheless, there are still challenges involved – even when two firms both use the cloud for storing a lot of their data, said Purdey. Companies have built their systems structure in different ways; unravelling what they have done and reassembling it with a different cloud provider can be a complex undertaking.

But for all the talk of processing systems, data mapping, cloud computing and APIs, the panellists agreed that culture remains one of the most important challenges when it comes to bringing together two organisations.

“Culture is important because it helps bring employees on that journey of change and without that, it can lead to a very challenging environment,” said Citi’s Hornett.

BlueBay’s COO added that there may be two different operational cultures at the two entities: for example, a buy-and-build, agile culture versus one more based on scale.

“When you bring any two firms together, you want to preserve the best bits and the bits you want to consolidate – people, processes and policies. People want the assurance that if you’ve had a ‘build’ culture, you will still be able to build,” said Bromley. ft

The discussion, entitled 'M&A in Asset Management: Navigating the Operational Challenges', can be found on Funds Europe's Webinars Channel.