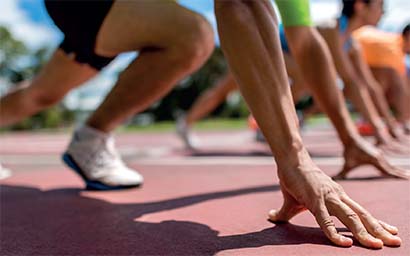 Regulators are clearly taking cryptocurrencies more seriously. In the UK, the Financial Conduct Authority (FCA) has launched a crackdown on cryptocurrency scams. In a six-month period in 2021, it received more than 4,300 reports of potential crypto scams and currently has more than 50 live investigations.

Furthermore, the regulator is at present recruiting to head up its newly established digital assets department.

Meanwhile, in the US, president Joe Biden issued an executive order declaring that digital asset issuers, exchanges and trading platforms, and intermediaries would be subject to the same supervision as traditional market participants “in line with the general principle of ‘same business, same risks, same rules’”.

But when it comes specifically to cryptoasset funds, regulation is moving at a much slower pace. As John Byrne, CEO of regtech firm Corlytics, says: “There is not a whole lot there.”

According to Byrne, there has been a significant increase in publications of regulatory notices related to crypto. “We have a total of 183 crypto-related notices in our database, 53 of which were published within the last year, which amounts to 30% of the total notices.”

The most significant development currently is the Markets in Crypto-Assets Regulation (MiCA), the EU’s attempt to bring the crypto world into line with regulation surrounding traditional assets, and the likes of MiFID II, which covers a wide range of bases in traditional capital markets, as well as wider market abuse and prospectus regulations.

However, it is important to note that the regulation applies only to the issuers and servicers of cryptoassets and not the funds that invest in them. While MiCA will not impose a ban from investing in crypto, those funds might be subject to investor protection obligations, says Byrne. Furthermore, MiCA is not likely to come into effect until the end of 2023 or the beginning of 2024.

In the meantime, fund managers will be left in a difficult position, says Byrne. “The demand for crypto is exploding. We are seeing plenty of development in crypto products but not in the investment funds and investment services space. It is badly lagging.”

For example, can asset managers put cryptoassets in a Ucits fund? Under the current regulatory framework, Ucits funds may only invest in “transferable securities or liquid financial assets” that do not embed derivatives.

“Since the markets for most cryptocurrencies are quite deep and liquid, most cryptoassets could be eligible for investment by Ucits,” says Byrne. Meanwhile, alternative investment funds, or AIFs, have no constraints as to what they can invest in.

There has also been a number of crypto ETFs launched in Europe from the likes of WisdomTree, Invesco and Fidelity that provide indirect exposure to bitcoin.

The situation is different for any funds that invest directly in crypto and might be accessible to retail investors. The Central Bank of Ireland (CBI) recently released its ‘Securities Markets Risk Outlook Report 2022’, which confirmed its position that cryptocurrencies will remain off-limits for Irish-regulated funds targeting non-professional investors.

“The CBI’s position is that it is too difficult for retail investors to assess the risk involved with cryptoassets, given their volatility and associated risks,” says Brian Hunt, head of the financial services regulatory practice at Irish law firm Ronan Daly Jermyn.

“The adoption of this position suggests that the CBI is highly unlikely to approve a Ucits fund, or a Retail Investor AIF that provides direct or indirect exposure to cryptoassets. However, helpfully the CBI does state that such assets may be suitable for wholesale or professional investors.”

While there are some significant gaps still in crypto regulation, the sheer volume of regulations facing asset managers is only increasing, adds Byrne, whose firm has just launched a crypto-tracker tool to help firms keep track of new rules. “There are more rules around customer due diligence, anti-money laundering and financial crime.”

But MiCA will be the significant development, Byrne says. It will also help to bring some harmony between European jurisdictions. In the long term, the aim is clearly to develop a level playing field where traditional funds and investment products, and cryptoassets and crypto funds, can compete within the same regulatory playing field.

Yet by imposing, for example, the same anti-money laundering rules on cryptoassets and crypto funds, is there a danger that some innovation will be lost?

Byrne believes that there will actually be more innovation once there is a levelled regulatory environment. “We are still in the very early stages of the crypto funds market but once we have a solid regulatory framework, we will see more innovation.”

Wait and see
National regulators in the likes of Luxembourg and Ireland – the major cross-border Ucits and AIF process centres – seem content to wait and see when it comes to developing a regulatory framework for crypto.

“Rather than opting to take a lead, it very much looks as though Ireland will be content to take its lead from the EU,” says Hunt.

This means supporting MiCA and its intention to harmonise European legislation. Hunt believes that once this has been implemented and greater clarity is evident in terms of crypto as an asset class, then regulators will be more likely to approve crypto funds and other investment products that offer exposure to crypto. The problem, though, is that could be two years away.

Regulators’ reticence is understandable. As the CBI’s director of securities and markets supervision,n Patricia Dunne, stated in a Central Bank recent report, it is still not clear what the essence of a cryptocurrency really is. Is it an asset or a commodity?

And while those dynamics prevail, cryptoassets will still be viewed by regulators as hugely volatile and a risky investment. As Hunt says: “For the time being, Ireland is some way from becoming or even aspiring to become a leading jurisdiction in crypto funds.”

Luxembourg has taken a similar stance. In November 2021 the Grand Duchy issued guidance confirming that investment in virtual assets is restricted to professional investors and authorised AIFs. Investments in virtual assets remain off-limits to any Ucits funds addressing retail investors or pension funds.

In essence, the likes of Ireland’s CBI and its counterpart, the Luxembourg regulator Commission de Surveillance du Secteur Financier (CSSF), would prefer to wait until cryptocurrencies can be regulated under current regulatory frameworks rather than adapting their own frameworks when there is still a vagueness around whether cryptoassets are assets or commodities.

Last year, Karen O’Sullivan, head of innovation, payments, market infrastructures and governance at the CSSF, told a FundsTech webinar that in reference to the regulation of service providers in the virtual asset business – such as crypto custodians – the emphasis is not so much on the asset itself, but the processes that sit behind the assets.

For example, crypto custodians must be able to meet regulatory AML obligations. The CSSF has introduced a registration process for virtual asset service providers which is designed to give recognition to the various new entrants to the market, but also to remind them that to be a licensed participant in Luxembourg’s funds market, they must meet the existing rules regardless of asset class.

Regulators such as the CSSF realise that the existing framework will not be enough to encompass digital assets. Digital assets need new rules designed specifically for them, something that may be partially addressed by the introduction of MiCA.

But as O’Sullivan stated, there also needs to be a harmonised regulatory framework throughout Europe, rather than one where cryptoassets are deemed to be Ucits-compliant in one EU jurisdiction but not in another.

While there are certain jurisdictions, such as Switzerland and Liechtenstein, that have sought to become early adopters in this space and will want to maintain their status as first movers, the likes of the CBI will not be looking enviously at these jurisdictions, says Hunt. “While there may be a certain superficial attraction to being a first mover or to be at the cutting edge in terms of developing a crypto-friendly regulatory framework, the fact that globally we are still at a relatively early stage in the development and use of crypto means that the wait-and-see approach is not as foolhardy as it may first seem,” he says.